The tale of Zante’s transport. 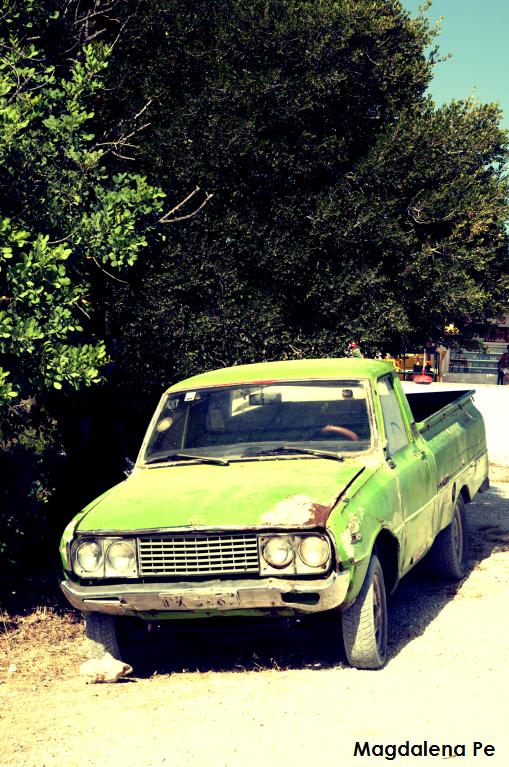 Going to Zakynthos? Forget about buses. One in every three or four hours with a break in the middle of the day. You should either rent a car or travel by taxi.

One of the best experiences from the holidays was travelling by taxi.

I’m sending my love to Yannis Kaoynos- the best taxi driver in the whole world 🙂 If you need to go anywhere on Zakynthos, and you want to talk to a nice Greek person at the same time, you should call him: 0030 26950 63070 (we took his business card as a souvenir).

Apart from taxis… The Greek people do not take care of their cars, so they mostly drive old and destroyed ones. I don’t know whether it’s the matter of the crisis or not, but that’s the way it is.

What suprised me the most was lack of bicycles. Hardly any people riding a bike. They can be found in the city, but just as a rusty tourist attraction!